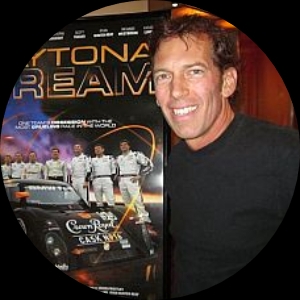 Zack Van Eyck is a film and television writer, director and producer. His features include the indie darling "Jupiter Landing" (2005), the award-winning auto racing film "Daytona Dream" (2010) and the romantic comedy "Three of One Kind" (2013). He is available as a screenwriter for hire and works comfortably in all genres.

Four of Zack's original television productions have streamed on Amazon Prime beginning in 2016, including the Southern-influenced comedy satire "Sweet Caroline" and the sports-broadcast spoof "Coitus of the Week." Those two projects were officially selected by 19 U.S. and Canadian film festivals, garnering 14 awards and nominations, including Best Director and Best Writer awards for Zack and a Best Actress award for Carolyn Meyer ("Sweet Caroline").

Zack's first novel was published when he was 12 and he began his professional journalism career at 14 as a sportswriter for The Anchorage Times. He won the Alaska Press Club's Best Columnist award at age 17 and the Grantland Rice scholarship to attend Vanderbilt University. He won several national awards for investigative reporting and is known for breaking the "Skinwalker Ranch" story in 1996 while working for the Deseret News in Salt Lake City.

Zack is also an astrologer and a founding member of the punk rock tribute band Ramones Alive.

"THE PIRATES OF VENICE," SERIES PILOT

Three ruthless but romantic pirates from 1719 wash ashore in present-day Venice Beach, Ca. and use their plundering and pilfering skills to help redistribute society’s wealth in favor of the less fortunate. The conniving but charming Capt. Benjamin Hornigold and his two surviving crew members steal from the undeserving, taking advantage of the diplomatic immunity granted to them by a covert agency charged with concealing the reality of time travel.

An African-American basketball player with inner-city roots, hired to coach and teach at a prep school on Manhattan’s Upper East Side, uses the survival skills and acquired knowledge from his impoverished upbringing to enhance the traditional values of his pampered, mostly white students – and teaches them how to win.

An archeologist searching for lost settlements falls in love with a primitive man and must choose between her heart’s desire and the potential ruin of his ancient culture.

Players on a high school football team, about to set a record for consecutive losses, face a moral dilemma when they realize losing makes them more popular than winning.

The romantically challenged daughter of a mad-genius inventor is asked to “date” a prototype produced by her father’s company -- the first synthetic human who looks, acts and feels like a real person. Zoe Russell discovers her robot boyfriend has an independent mind and cannot be controlled, leading to the same arguments and conflicts she experienced with human males. But Zoe could be in for more than an artificially intelligent break-up after an activist attorney she once dated finds out her father's company is stealing identities and building an army of androids.

The psychic daughter of Viking explorer Leif Erikson, sensing her brothers are still alive, encourages her father to search for them then saves Leif from a high-seas mutiny and guides the rescue mission to a strange new land. (Set in the year 1000 C.E.)

A heartbroken widower dies then returns to life in the body vacated by his grandson’s tormented soul and reunites with his reincarnated wife, a romantic saga that suggests true love endures beyond a single lifetime.