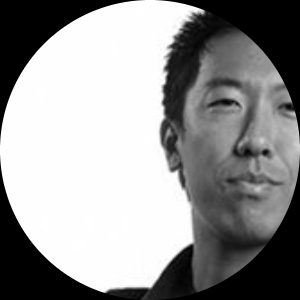 Y.S. Kim is a Japan-born, Korean-American writer/director based in the Bay Area with a background in design and photography. His passion for cinema was stoked in art school, eventually moving to Los Angeles to complete UCLA’s Professionals Program in Screenwriting. A student of film history and international films, his writing extends from screenplays to film essays, film reviews and commentary. He has written several screenplays and made several short films. All while working as a designer and creative director in the world of brand design.

Y.S. believes in personal cinema. Grounded reflections of the human condition. Tales of the culturally displaced and culturally ambiguous. Themes of connection, grief, forgiveness, within the context of the immigrant experience.

In the mid-seventies, a talented young filmmaker set out to make his passion project. But as with all great artistic pursuits, something had to be sacrificed. Unfortunately, the precious thing lost, just might have been his secret weapon. His partner in crime. The love of his life.

When his motorcycle breaks down, a mysterious traveller is forced to wait out its repair in a small Washington town, where his secretive history slowly unravels and intertwines with a local Japanese woman, her family, and her troubled past.

It’s the greatest comeback tour in history. Pop singer, "ALEXIS", is back. But when she is tragically murdered on stage, her MANAGER faces his greatest challenge yet. Controlling the runaway machine that he helped create... and also her estranged brother.

An accomplished art director, and recent widower, crosses paths with a ten-year old street kid named Mika. After a mysterious game of cat and mouse, the two slowly discover that in life, there is a multitude of beauty. All you have to do is make a connection.