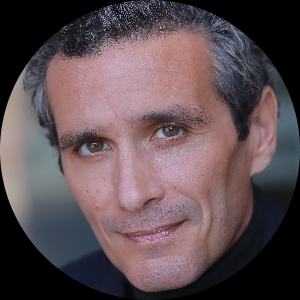 Xander Bailey is an actor, author and screenwriter.

The powers of Good and Evil fight to determine the fate of a family with a dark past and uncertain future in 1800's West Texas. Dealings with a nefarious stranger unleash dark forces that descend upon the town of Terlingua in post-Civil War Texas. As a result, Tucker Wainwright, proud son of Terlingua, is thrown into a supernatural sojourn in the unforgiving desert that will determine the fate of the town, his loved ones and his own soul. When sins of the past are revealed, Tucker must choose between revenge, forgiveness or something in between.

SHADOWS ON A DOOR

A hitman and a hooker trying to outrun their past take a detour through a town filled with murder, money and betrayal. When Mitch, a mysterious hitman and Katy, his call-girl lover, kill their Korean mobster boss to escape his oppressive clutches, they head to The City to hide-out while they plan a route to a “Quieter” life off the crime grid. This is the wrong pit-stop for that kind of plan. A pair of sadistic killers have been targeting prostitutes in The City. Mitch takes a job driving and providing security for Vanessa, an African American escort, while Katy begins to question the wisdom of their decisions. Things run wildly out of control when their former boss’ henchmen track them down and the sadistic killers target Vanessa. When Katy goes missing, Mitch is torn between his commitment to his true love and his responsibility to Vanessa, who he has come to genuinely respect and care for. When everything collides, crashes and burns, we learn things were never exactly as they seemed.

When his father is murdered, Ronnie Zocco and wife Linda, abandon their vibrant artist life-style in 1970’s New York City and return home to run his family’s restaurant in Connecticut, a decision that brings uncertainty to their future, and stirs-up dark family secrets of the past. The Ronnie Chronicles follows Ronnie Zocco, a second generation Italian American, through over a decade of his life from graduating college in the mid 1970’s to the mid 1980’s when he risks losing everything he built over that time. After graduation he leaves Connecticut with his writer wife Linda to become an actor in New York City. Though a struggle, they can’t help but soak up the vibrant energy of New York in the 70’s. This excitement and their companionship sustain them through the ups and downs of their unpredictable careers. Ronnie’s career, however, is derailed when his Italian immigrant father, who never approved of Ronnie’s desire to be an actor, is murdered back in Connecticut. Out of a sense of guilt and responsibility Ronnie returns to run the family restaurant with his younger brother and gives up his dreams. He has a daughter with Linda and builds a family and security but never gets over the fact that he abandoned his career as an actor. As the years pass his frustration builds. At the apex of this frustration, dark family secrets are revealed that are possibly more than Ronnie can bear. To avoid losing everything he must make one more leap to find an inner peace amidst the pain and move forward with the happiness he always deserved – though he never thought he did.

CREATURES OF HABIT AKA THE GARGOUILLE

An ancient order of shape-shifting Gargoyles dating back to the 7th Century in Europe have been hunted to the brink of extinction by a Trinity of Warrior Priests. Today they reemerge in Asia to take their revenge. A secret war between Gargoyle Nuns and Warrior Priests is reignited in the islands of The Philippines when the Mother Superior begins to rebuild her army with ominous intentions. After a priest living in self-imposed exile learns of this new threat, he must join with his warrior brothers in battle against the evil order once again. This time, however, he doubts the righteousness of his actions as he falls in love with a nun who has unwillingly joined the Gargoyle horde.

When a tribe of genetically altered Freaks stake their claim in a remote mountain town, just in time for Christmas, a ragtag local Sheriff’s Department and a gang of Russian Mafia must band together to try and make it out alive. Sheriff Wayne Kilpatrick has spent the last twenty years trying to leave his tragic past behind him. Now that the tribe of genetically altered, cannibalistic freaks that live on the outskirts of his sleepy mountain town are back, he has to crawl out of the whiskey bottle he’s been hiding in and face up to his responsibilities and his fears. To complicate things further, a gang of Russian Mafia are in town to retrieve a black market bio-weapon and are willing to kill anyone or anything that gets in their way. Under the circumstances, this might be just the help Sheriff Kilpatrick and his deputies need to settle their score with the ravenous tribe of Freaks once and for all.