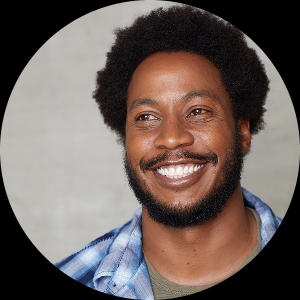 Willie is a Black American Actor and screenwriter born and raised in Cleveland Ohio.

He went to Eckerd College in St Petersburg FL for two years before transferring to the University of Miami FL, Coral Gables as an International Finance and Marketing Major. While at "The U" in 2001, Willie tried out and successfully walked onto the national championship Miami Hurricanes football team as a wide receiver.

After finishing his BA in Miami, Willie got a one-way ticket to Hollywood June 1st 2006 to begin his pursuit of an acting career. He studied Meisner in conservatory for two years and has continued his training to this day in various techniques and schools of the craft. Willie began learning to write screenplays and completed his first feature (SUNFLOWER), in 2012. Since then he has written 5 feature length scripts, sold one (horror) screenplay and just recently completed his first sitcom episodic in collaboration with another writer/comedian.

Willie is the single father of two little girls. Much of his writing reflects his experiences as a creator, competitor, business student and a father. As such he has a very intimate, personal, and uniquely comical perspective that he brings to the Family drama and Family dramedy genres of screenwriting.

A backwoods country bumpkin turned Vegas Poker Champion who witnessed a murder and goes into witness protection for almost 30 years, falls terminally ill. When she gets a letter from a friend, she decides to quit her chemo-therapy to take a road trip back to Vegas with her estranged daughter to mend fences and play in one last game.