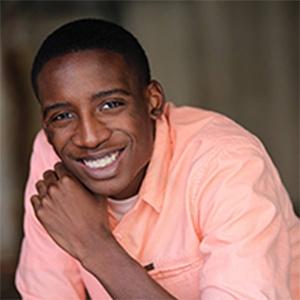 African-American entrepreneur and rising screenwriter x filmmaker, William Eric Bush-Anderson was born July 12th, 1994 in Lexington, KY. Brought up by a loving, but stern mother and a peaceful and intellectual father, William was all too aware of his responsibilities and surroundings. Through his brown eyes, he learned much from the world around him. As a young colored man, he knew you either became a statistic or you played it safe with a good job. He also knew he didn’t want neither of the two options, he just wanted a chance to show the world the talents God had given him. In 2007, William moved to Alpharetta, GA, a suburb just north of Atlanta, to pursue greater opportunities in credit to his gracious and loving parents. He graduated as the class clown of Johns Creek High School in 2012 with the grades that reflected his studies weren’t his main priority. Building his creative muscles and dreaming outside of the box, were two components that would lead him to the greatness that was brewing within. He would apply the “Will Smith” formula. He saw himself emerging on the scene with a music career first and then transitioning into TV sitcoms before venturing into films. After two full years working a vast number of fast food and retail jobs, while trying to make entry level music moves, William lost his passion and patience for the music business. In addition, he also lost his job scrubbing floors and being a fry cook. Relentlessly, he decided it was time to try a new approach to his plan. In early 2014 he started working as a full-time actor accepting background/stand-in parts to get his foot in the door. The first set he worked on was a TV Movie called “In the Meantime” where he met the late, great Tommy Lee Jones and received the life affirming words, “everyone starts off somewhere, embrace your somewhere and soon you’ll be everywhere.” Bush-Anderson attributes this advice to fueling his career. To date, most notably William has worked on the sets of Black Panther, The Walking Dead, The Originals, and much more. The early 2016 death of his grandmother was a sad awakening and momentum shifting moment for William. Great rewards follow great risks, and he was inspired to work harder to make everything he and his grandmother had spoken about a reality. As he built his new film/tech business he continued to break new ground as an actor and filmmaker on YouTube. Bush-Anderson’s filmmaker YouTube channel has impressed over 5,000+ subscribers and collected over 500,000K views, proving his ability to secure an audience. When asked if he went to film school, he replies “no, I went to films.” Today, he continues to balance running a start-up tech company and advancing as a creator. Building a legacy, he follows his daily inspiration to innovate the world through tech or entertainment, so he may inspire the generations to come to follow their dreams no matter what anyone may say.