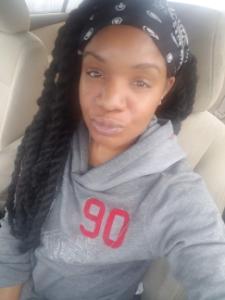 Hello. I'm a writer. Hello again. I'm an actress. I started out writing suicide letters to my moms. But I guess I sucked at it because she never believed me. Ha! My high school life was pretty boring so I made up stories that apparently were pretty awesome because they made their way around the entire school. *pats back*. I even wrote freaky stories for girlfriends/wives whose husbands were in prison. But in my opinion there are only so many ways to skin a cat. I transitioned to writing a blog, The Celibacy Rules. Which only lived up to the name as long as I was celibate. And then I got serious and started writing scripts and just recently a book. So I guess I'm an author now? I love to tell stories....whether I am creating the story or acting out someone else's.

Yeah I'm an actress. Before simultaneously playing 16 characters in Nilaja Sun's, No Child, my claim to fame was the Lion on Aesop's Fables on Stage and the mouse on cheese in the Nutcracker. In elementary. Oh yeah, I guess I'm a ballerina too. Oh and if you can find any of my old church videos at Liberty Baptist Church in Tulsa, Ok of our old church anniversaries, you will see me performing the one woman show I wrote, "I ain't the One to Gossip...So You Ain't Heard It From Me". Yeah a childhood star I was. Mom's kept me in the spotlight. Did I mention she's my hero?!!! Thank God she didn't believe those suicide notes.