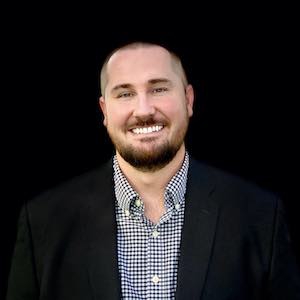 W.A.W. Parker (aka Adam) is a queer, white, and Northern Cheyenne writer in Los Angeles. He loves telling stories about outsiders trying to change the world, but maybe that’s just because he grew up in the middle of nowhere in Montana before attending Harvard. His latest novel, “The Wasteland,” about T.S. Eliot coming into his own as a writer while figuring out if he can come out to himself, won the American Fiction Award and the Foreword INDIES Book of the Year Award in LGBTQ+ Fiction. Currently, Disney is producing his short THE ROOF for the second season of “Launchpad,” a collection of live-action short films, and his TV pilot THE BARON made the GLAAD List and the Indigenous List. When he's not writing, he enjoys singing with the Gay Men's Chorus of Los Angeles, long walks with his dog, and eating his husband’s cooking.

A queer retelling of the real love story behind Shakespeare's Romeo and Juliet. You may remember that Romeo was in love with Rosaline before he lays eyes on Juliet and falls madly in love with her instead, but what Romeo doesn’t know in this version is that we’ve already seen Rosaline and Juliet meet cute and fall in love, but they’re not just focused on their star-crossed love, because if Juliet gives in to Romeo’s advances, it could bring peace to Verona. So, should they fight for true love or peace?