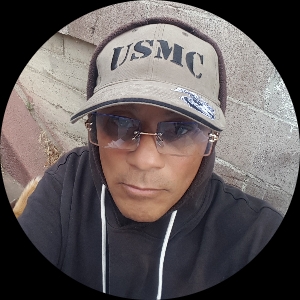 My name is Victor Trigg. I been writing Sci-Fi since i was 10 years old. My genre of choice.

ESCAPE FROM THE MOON

What if in the not so far future, capital punishment is outlawed on the Earth? Instead, all murderers are banished to the notorious Abaddon Prison on the Moon. They spend the rest of their lives in hard labor, mining for metals to be taken back to Earth. Lucas Keaton, a professional jewel thief, finds himself falsely accused of killing a cop he was actually trying to save. Now sentenced to Abaddon, he befriends four cellmates. They spend nearly ten years enduring brutality and torture from deputy droids, ran by a sadistic warden. Keaton always had his eyes on escaping back to Earth. He devises one of the greatest escapes in history. The five men plan to smuggle spacesuits, tunnel their way upwards to an emergency escape pod field on the surface, and escape under the cover of a lunar eclipse. They have to do this within months of the Earth's shadow blocking the Moon, or all hope is lost.

What if an army of killer droids were accidentally unleashed from their fourth dimension prison that was made to keep them from destroying life? They escape to re-establish their merciless annihilation of all organic civilizations throughout the Galaxy. Captain Nelson and his platoon of soldiers find themselves pawns in a deception to get the droids into the hands of the U.S. military. Nelson begins a life or death struggle to survive Rab and the Praditons invincible War Machine vessel, while trying to return them to the Core Dimension. The battle begins in another space and time, reaches the inner depths of Jupiter, crosses the lifeless plains of Mars, and ends on a space station orbiting Earth.