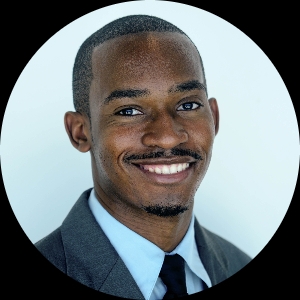 Victor A. Kwansa, Esq. is a Ghanaian-American writer and attorney from Prince George’s County, Maryland. He received a B.A. in Political Science from Yale University in 2008, and he graduated from Harvard Law School in 2011. He was a 2021 Blackhouse Foundation Facebook SEEN Black Filmmakers Program Participant, and he was also a finalist for Lena Waithe's 2021 Hillman Grad Mentorship Lab Writing Track. In addition, Victor made the Top 50 of Roadmap Writers' 2021 JumpStart Writing Competition (Pilots). Victor's poetry and essays have been featured in Essence magazine, The Huffington Post, and Blavity.

Still recovering from a severe loss, a Ghanaian-American girl with identity issues joins a program for Black and Jewish teens, deals with her first love, and tries to find her place within the Black Lives Matter movement.

An upwardly mobile African-American family that is frustrated with racism tries to start a new life in the West African nation of Ghana and develop an app-based tour-guide company that can connect all Black people to their roots.

After a young Black woman is attacked by a police officer in Baltimore and sent to prison, a visitor from the future gives her a power that could radically rewrite the present.