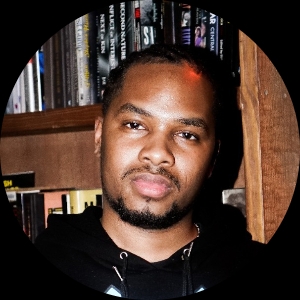 After winning Nickelodeon’s Slime TV in 2001, Tyree Rush knew two things for sure: 1) that they had to be a part of making TV happen and 2) that 3LW would never last as a group. Hailing from the real Atlanta pursuing a creative career was not as stable as his parents might have hoped and so as a happy medium, they landed on being a journalist. With stints at CNN, CBS News, and MSNBC they finally decided after the 2016 election to branch out into TV and escape political news. It did not go as planned. Tyree somehow landed in the late-night world producing on shows such as The Read with Kid Fury and Crissle, The Nod with Brittany & Eric, The Amber Ruffin Show, and Yo! MTV Raps. In addition to their TV work Tyree has been published in Huffington Post, Yahoo!, and Widget among others. Tyree writes irreverent comedies centered around crises of identity and the classic journey of learning how to wield power and occupy space in worlds not designed for you to do so. As a Black person in America, they can confirm that is a canonical tale.

A SPECIAL PLACE IN HELL

Hell 's most loyal and efficient torture analyst and the entire industry of the after life is threatened by its latest admit, an American Black woman.