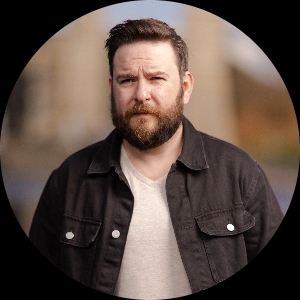 Tyler is a writer and director from Peterborough, Ontario. His short film "The Talk" (Amazon Prime Video) has premiered at numerous festivals around the world, winning two Audience Choice awards and was a finalist in Kevin Hart's "Eat My Shorts" competition during Just For Laughs 42. He is the co-creator, writer and director of the web series "Bluebird", currently in development for television with Don Ferguson Productions (Royal Canadian Air Farce). Tyler's primary focus is telling stories that balance humour and heart.

After losing his beloved public access baking show in an on-air mental breakdown, Pat Willard is determined to win it back through a bake-off against his replacement - his ex-wife.