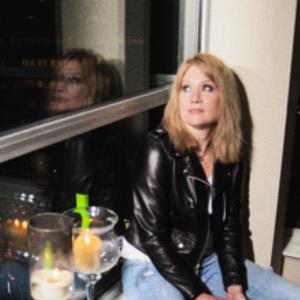 Tracy Fobes is both an award-winning screenwriter and a multi-published author. Tracy’s feature-length scripts have placed in several major screenwriting competitions, including Final Draft’s Big Break, Story Pros and Scriptalooza. Recently, Tracy’s feature script, “Between Stars and Darkness”, placed as a Second Rounder in Austin Film Festival’s Screenplay & Teleplay Competition, one of the biggest and most respected screenwriting competitions in the world.

As a novelist, Tracy has published eight full-length novels with both Simon & Schuster and Dorchester publishing companies, and has been represented by the Donald Maass and Jane Rotrosen literary agencies. She’s also published numerous eBooks under different pen names, all of which are available at major online bookstores.

Tortured by terrifying visions and a teenaged boy’s ghost, a young camp counselor enlists the help of his friends to fight the evil slowly taking control of his life.

OUT ON A LEDGE

An apathetic window-washer suffers a freak accident and becomes a performer in a magical theater, where he must learn to love life through his performances, or risk being trapped in the theater forever.

Set on the stormy seas during the early nineteenth century, a young man discovers that a mysterious supernatural force has begun to take control of his uncle.

An FBI agent wakes up in a small town married to the serial killer she once hunted, with only bits and pieces of her memory intact. When her memories start to return, she slowly discovers she’s being held captive in a waking nightmare.

When a true crime writer investigates the decades-old disappearance of her friend, she rouses a terrifying ghost and unearths even more shocking truths.