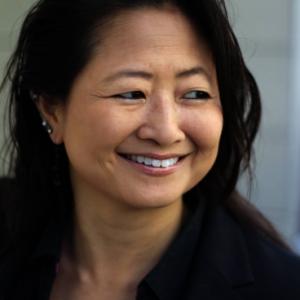 TOY LEI will be attending NYWIFT’s 2019 F2PP program with her feature script BOXER. She began writing because of the lack of roles in Hollywood for Asian female leads over 30 and has had a fascination with action films ever since her parents took her to Chinatown as a kid to watch straight-from-the-motherland kung fu movies every Saturday afternoon. Now, she spends her days dreaming up guns, blood and all kinds of ass-kicking for mature, smart, sexy women in worlds where people make choices no matter how hard. Her writing debut, THE WEDDING, won her the Top 5 Women Filmmakers award from the Asian-American Film Lab and New York Women in Film and Television. Her film, BOXER, won not only Best Actress, Best Action and the Grand Prize at the 2015 Asian-American Film Lab Shootout, but also won Awards of Merit from the highly competitive Accolade Global Competition for Short Film, Women Filmmakers and Leading Actress. It won Best Action at the coveted Etheria Film Night, and it added a Maverick Movie Award for Special Achievement in Stunts and a nomination from the Connect Film Fest for Best Drama. Her next, HOW TO GET CAUGHT, also received Awards of Merit for Short Film and Leading Actress. She has also placed different scripts in several other contests