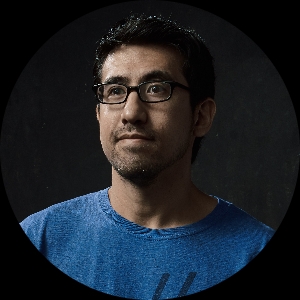 I’m a comedy screenwriter / director and a graduate of the Tisch School of the Arts at NYU with a BFA in Film and Television. My personal comedic work has appeared in the Huffington Post, Vulture, Funny or Die, Just For Laughs, Whohaha, Laff.com, The Portland Comedy Film Festival and the Brooklyn Comedy Festival. Outside of my filmmaking, my writing background consists of writing comedy screenplays and TV pilots. My screenplays have placed in the Nicholl Fellowship, The Tracking B TV Pilot contest, the Page Screenwriting Awards and the Austin Film Festival. I’ve also trained at the Upright Citizen’s Brigade Theatre and the Annoyance Theatre for both sketch and improv and have done sketch and improv at the UCB, The Magnet, The PIT, The Del Close Marathon, The Annoyance Brooklyn, Toronto’s Big City Improv Festival and all over New York City.

What else? I love coffee and doughnuts, I’ve been frightened many times by raccoons and I’ve been told repeatedly that my eating habits will result in an early death.