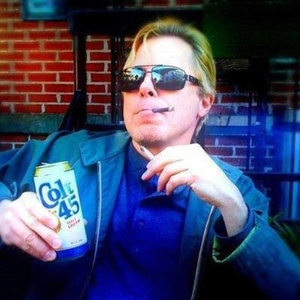 Tom Miller is a nationally recognized American Screenwriter, Performance Artist, Playwright, Actor, Sound Designer, and Musician living in Gainesville, Florida - the Known Center of the Universe. He holds a BA from the University of Florida in Theatre, and is currently pursuing a Masters of Fine Arts in the David Lynch Screenwriter's Program at Maharishi University of Management. Tom Miller has received national press for staring into the mouth of Ted Cruz for two hours without breaking eye contact. Tom Miller is the host of the longest running continuous open mic show in America, the Tom Miller Show (a.k.a. The Reverend Angeldust's Tabernacle of Hedonism.) More information is available at his "Secret" official webpage: http://millerworks.weebly.com

Roach Buddy - Mort and his roach buddy live a charmed life in a squalid dark bachelor apartment, but it's love vs. friendship when a wealthy roach-hating romantic interest infests their space.