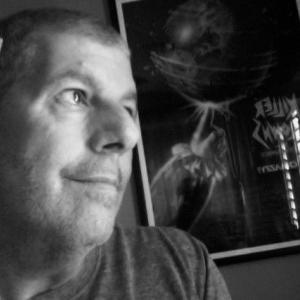 Work as a family caseworker and writing is my entertaining side gig. It is my recreation. Though film industry folks take this information as a negative, I take my recreation serious. I'm not afraid to take my stories in different directions and genres. Over ten features written and placed in numerous contests from creature features to Hitchcock film noir. My indie stories are usually dark and unfiltered. I enjoy inserting the supernatural in natural settings. My writing will never win Nicholls, but I promise it will be highly entertaining.

My alternative film noir, "The Nesting Doll" was a featured script on The Black List. It is similar to "Split" before there was a "Split."

My latest, "Fingered For Murder" is inspired from sexy, supernatural film noir like "Cat People."

My scripts usually don't last long on this site.

"But something is happening. And ya' don't know what it is. Do you, Mister Jones?" Bob Dylan.

Feel free to see my last four scripts. - Steal them if you think their worthy.

An isolated desert community must struggle to survive a devastating onslaught of mutant cacti. - A fresh grindhouse twist and homage to creature features.