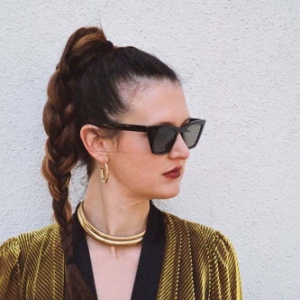 Tiger Curran is a costume designer and screenwriter working in Los Angeles. After graduating from UCLA, Tiger began working in the costume department of the acclaimed television series, Mad Men. Since then, Tiger has worked on a wide variety of respected projects including David Milch’s Deadwood and Ryan Murphy’s Hollywood. While continuing her career in costume design, Tiger is devoted to expression in many forms including writing, music, visual arts, and dance.