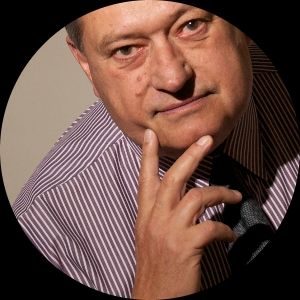 In 2012, T. L. (Tom) Snow brought his Australian wife and daughter back to the U.S., where he continues to hone his screenwriting skills.

He remains active in California’s Central Coast writing community by shepherding new critique groups, such as his new one for screenwriters called Take Two, and coaching budding authors on the various aspects of writing, publishing and marketing. His stint on the board of San Luis Obispo’s premier authors’ guild, SLO NightWriters, afforded him the opportunity to run their 25th annual Golden Quill Awards and sit on the committee for Cuesta College’s 30th anniversary of its Central Coast Writer’s Conference.

Tom has appeared on local radio shows and has presented to various organizations. He devotes his time to his writing projects, including screenplays, novels, short stories, blogs, contest entries and article submissions to local publications.

His screenplay, The Legend of Molly Maguire, recently won 2nd prize in the Historical genre at the 2019 Cannes Screenplay Contest and the quarter-finalist level of the 2019 Scriptapalooza competition.

Mammon's Bidding made the semi-finalist level of the 2019 Burbank International Film Festival.

Other screenplays being judged this year include Taking off the Gloves, Voodoo and the Mime, No Indulto, Waking the Fox, The Case of the COVID Killer and My Second Rodeo.