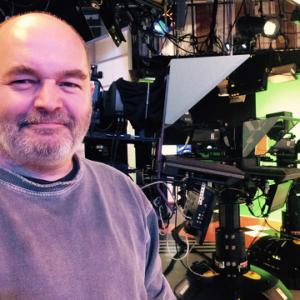 Winner Scriptapalooza 2014 contest for "Elephant in the room".

Can Election Day have it’s own comedy?Can you have a heist film where the swag is an stolen election? What is a Democratic Socialist anyway? What about fake news? How do you tap into the countries current political angst? Try and fine a parallel moment of history, and create a safe space to have some fun. Max is the head of a failing movie studio about to fold in 1934, when he gets a his big break working for L.B.Mayer and WR Hearst (the wealthy 1%). Problem is he's working to steal an election away from a popular Democratic Socialist running for Govenor, Upton Sinclair (just like Bernie Sanders). "There couldn't be a more timely concept than this" review # 3. Because the same social issues are at play today as in 1934. Have elections ever been more important, or more controversial? Voter rights, fake news, the wealthy 1%, all top talkers on social media. But how can you tap into this buzz ? With a madcap comedy caper film about stealing an election, inspired by true historical events. This is a unique caper comedy, which threads the needle of political passions. If you enjoy this script check out its sequel script, "Elephant in the room", it won the 2014 Scriptapalooza contest.

ELEPHANT IN THE ROOM

“ under Mussolini, it’s more slap, then stick” . An anti-fascism comedy inspired by true events.A unique pre WWII, black comedy that should have international appeal.This script was the winner of the 2014 Scriptapalooza contest, and becomes more relevant every day. Have you ever heard the expression "Elephant in the room"? Have you ever heard that we are drifting towards fascism? If you go back to 1937 you'll see that Mussolini was the fascists blueprint, the ultimate strong man. But what was life really like in Italy? Well a down and out film producer, Max, is about to find out. He gets a once in a lifetime offer, a partnership with an exclusive foreign market. His only concern is his new partner, Mussolini, is not exactly the silent partner type. This script is a sequel to the EPIC Fail script also on the Black List.

2018 PAGE quarterfinalist. In 1896, while touring across the United States, Bram Stoker struggles to finish his gothic masterpiece Dracula. He is running out of time, and his sanity is being tested, and his boss is world's most famous, and demanding actor, Sir Henry Irving. Featuring new revelations about what really influenced the creation of one of the world's most enduring characters. Perfect for fans of "The Alienist" and "Devil in the White City".From review #1:"Writing Dracula" is a rich and haunting as any number of actual vampire movies, and it's all the more compelling for being based on a true story.