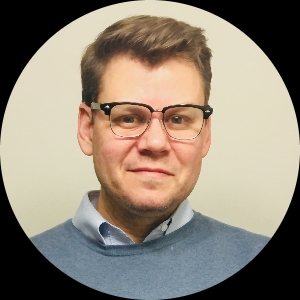 Thomas C. Gaunt is a filmmaker and screenwriter whose work has been recognized by film festivals and competitions (CineStory, ScreenCraft, Austin, Heartland, Nashville, Nicholl and Slated) and has aired on television and streaming networks (PBS, The El Rey Network, Netflix and The Sundance Channel).

Back in 2016, Thomas wrote and directed the short thriller RED MAZE about a struggling boxer who makes an ill-fated decision in an attempt to provide for his family. RED MAZE premiered on Robert Rodriguez’s El Rey Network in 2017 winning six film festival awards including a Silver Remi Award in the suspense/thriller category at the WorldFest-Houston International Film Festival. Thomas wrote and directed the feature documentary A PLACE CALLED HOME: AN ADOPTION STORY, about an Indiana family’s unique adoption of nine siblings. A PLACE CALLED HOME won a ‘Crystal Heart Award’ at the 2004 Heartland Film Festival and the ‘Audience Award for Best Documentary Feature’ from the Indianapolis International Film Festival before premiering on PBS in 2005.

A car accident in the middle of nowhere sends three recently reunited friends into a desperate search for help... but when they discover an isolated mansion, inhabited by a wealthy man with a horrifying obsession, momentary relief turns into a terrifying fight for survival.

An emotionally tormented veteran's decision to help a victim of sex trafficking exposes him and his remaining family to a criminal underworld hellbent on finding the girl and making him pay.