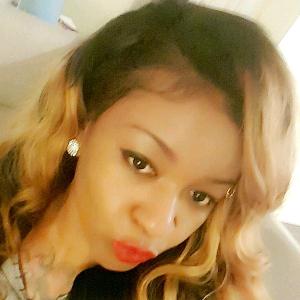 Tanecia Parham is a writer from Washington, DC. She always enjoyed writing, and vowed to one-day pursue her career as a writer. Though very crafty and highly imaginative, there’s a lesson in every story she tells.

A racist Caucasian police officer undergoes a revelation through a dream that forces him to experience the hardships and disadvantages of African Americans first-hand.

Sketchy Business outlines the life of Marcus Parham, an African American teen growing up in a poverty stricken community. His parents suffer from alcoholism and a drug addition, which causes them to become abusive to their five children both mentally and physically. Marcus is forced to provide for his younger siblings, so he drops out of high school and works at a neighborhood convenient store. When the owner of the store and his two sons are murdered, Marcus's life takes a turn for the worst. He's forced to make life changing decisions, and he turns to the streets. He becomes addicted to his new lifestyle, and from then on out, nothing is ever the same. The once family focused teen has a new focus. He and his team insists on becoming drug king pins running drugs through DC, Philly, and New York. With his new lifestyle comes new problems. And the realties of the sketchy drug business are revealed.