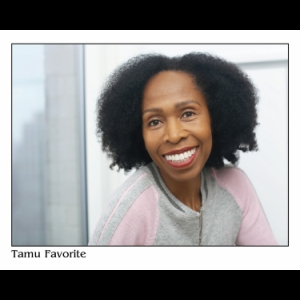 I am an African American female writer on a mission to celebrate my rich culture by entertaining audiences with its history through stage and screen. Much of my work is based on facts with a goal to deliver a story about everyday people and their experiences. I was born in a car on the way to New Orleans and grew up in a small town in Louisiana which strongly influenced my work. I started writing plays while studying acting with Wynn Handman, who taught me to create fuller character backgrounds which led to creating my own stories. I have written several short plays and some full-length plays.

As a member of The Winter Summer Institute, which consisted of New York, UK and South African college students; I assisted in creating plays based on community issues in Lesotho Southern Africa. The most profound experience of Lesotho was sitting down with the local villagers and creating plays with music. I’ve been studying screen writing with Oscar nominated writer, Zachary Sklar, through the Harlem Dramatic Workshop. I wrote, co-produced, executive produced and stared in an award-winning short film, Harriet Returns. I write because I want to make a difference in the world and I have so much to say.

Mentally scarred and beautiful Ruby Rose disrupts communities by sleeping with marriage men. James becomes so addicted to her that he’s willing to go to hell to join her.