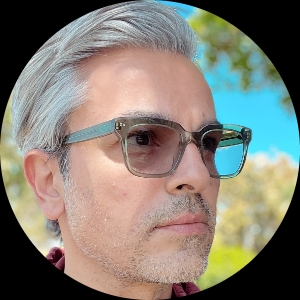 Once upon a time in 1980, a baby boy named Mustafa Al Shakarchi and his family escaped Bagdad, Iraq during the Iran-Iraq war and found refuge in San Diego, CA.

And due to the growing anti-refugee / anti-Arab sentiment growing in the 1980s, Mustafa's father decided it'd be best if he changes the family name & their identity to better fit into the western culture. So Mustafa’s father, who’s a fan of Hollywood Film & Television, chose to change the first names of his children after famous actors and the last name after the 1980s hit show Knight Rider.

And so, Mustafa Al Shakarchi legally became Steven Knight; who went on to live a story tale life as the love child of actor Steven Segal & fictional character Michael Knight.