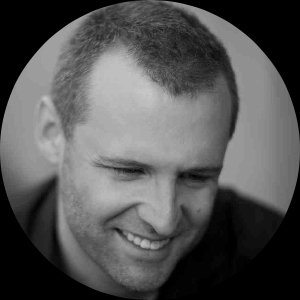 Steve graduated with a Bachelor of Arts (Screenwriting) from the Australian Film Television & Radio School in 1995. He attended the Dramatic Writing Program at New York University's Tisch School of Screenwriting as part of an exchange program in 1993.

In 1995 he spent six months in the Script Development Department of James Cameron's Lightstorm Entertainment in Los Angeles. While in LA he sold 'Decathlon', his first action screenplay, to Mel Gibson's Icon Productions.

Steve's screenplay for 'Bootmen', an action dance feature based on the Tap Dogs stage show was produced by Fox Searchlight in 2000. It had a world wide cinema release in 2001 and won five AFI awards.

In 1998 Steve wrote the bible and numerous episodes of the action adventure show 'Big Sky' for Southern Star Xanadu. In 2001 he wrote the telemovie 'Hard Knox' for New Line Television and Southern Star John Edwards.

In 2001 Steve was a staff writer for the third season of The Jim Henson Company's 'Farscape', the Saturn Award winning television series. He also wrote the screenplay for the 'Farscape' feature film with Brian Henson as director.

'Paper Planes', the hit family movie Steve wrote with director Robert Connolly was released in cinemas in Australia through Roadshow in 2015. Steve novelised the screenplay into a best-selling title published by Puffin.

Steve also novelised his 'Go!' screenplay. The title was published by Puffin in conjunction with the film's Australian theatrical release in early 2020. Netflix released the film under the name 'Go Karts' in mid 2020.