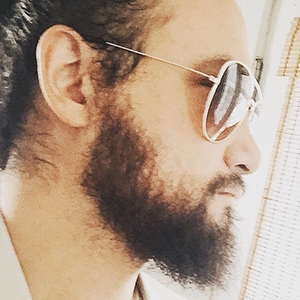 Stephen Nolly is a Bi-racial, Japanese-Jewish Air Force brat who cut his teeth in New York’s theater scene. After graduating from NYU’s Tisch School of the Arts, he was a resident artist at TriBeCa’s Flea Theater (Drama Desk, OBIE Award), and also won an LA Weekly Award. After directing his piece in the NYU Tisch Writers Lab, he found commercial work in Los Angeles shooting for clients such as Soho House, Macallan, and Yamazaki.

Stephen is a 2020 WB Writers’ Workshop Finalist and his scripts have advanced at the Austin Film Festival (5x), Sundance Episodic Lab (2x), NYU Production Lab (2x), a Google Podcast PRX Lab semi-finalist, NYU Discovery scholarship recipient, and an NMI Hummingbird Scholarship recipient as a Book-writer & Lyricist. His feature “Guernica” has been optioned twice, his pilot “Chilmark” is currently under option by WB, and he is under contract for “TINTYPE”, a Western featuring a Native American female lead.

Stephen is also the Producer and Director for the Military Aviation audiobook, “Hamfist Over the Trail”, and a Consulting Producer for the "Ready for Takeoff Podcast" about Commercial Aviation. Stephen also worked as a Foreign Language Adapter for Netflix shows, is a paid script consultant for a Tier 1 screenwriting festival, and is a recipient of a 2020 Artist Grant from the Los Angeles Department of Cultural Affairs.

Stephen is the Creative Director for Old Factory Films, a digital media agency specializing in Commercial Food & Beverage content. He’s also been featured on NoFilmSchool.com, the comedy website WHOHAHA, and hosted the Improve Photography podcast with over one million followers.

Stephen enjoys high-concept stories that focus on the perspective of the “Other”, is an amateur locksmith, dabbles in horology (watchmaking), placed internationally in collegiate Ballroom Dancing, studied six languages so he could be “sex-lingual”, is a member of Mensa, and he is an amazing cook.