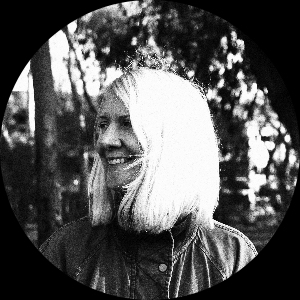 Stacie Jones was born in Aberdeen, Washington and raised just up the road from there in the small town of Elma (pop. 3,471). After high school, she majored in Theater at Portland State University, but decided to move to Los Angeles in the early 90's to train in The Meisner Technique and start pursuing an acting career.

Stacie starred in several national commercials and was a winner of Sony’s “Visions of the U.S.” short film competition for a comedy she co-wrote and acted in that addressed women and their thoughts on body image. She attended classes at The Groundlings and co-founded an all female sketch comedy group that produced numerous shows for the IO West stage and the HBO Workspace. Stacie also wrote and staged her own one woman show. In 2000, she was a content creator for an internet startup that was soon acquired by The Walt Disney Company.

Stacie then returned to school to earn a B.A. in English Literature - Creative Writing. She met a boy, fell in love, got married, and had two children. When her kids were little, Stacie blogged about being a stay-at-home mom and finally learning to play the old guitar her late grandfather had given her when she was younger. She recorded an album of original songs at Cerf Studios in Montréal and crafted a musical play based on the experience. A work that would go on to receive positive feedback from The Sundance Institute's Theater Program (2013). A few years later, Stacie would form a riotgrrrl influenced punk band with friends.

Stacie graduated with a Feature Film Writing Certificate in 2019 from the Writers' Program and wrote three feature scripts. Most recently, she studied at Sundance Co//ab and is currently in pre-production for her Washington State based short film, 'Norma's Not Normal No More', and an untitled L.A. stories documentary project where she returns to every place she's ever lived in the city and tells one true story about them all.