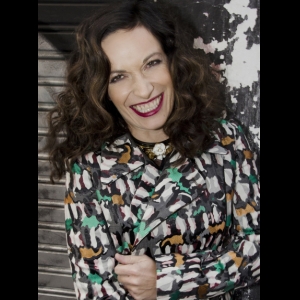 Sonia Sebastian is an award-winning filmmaker who has directed numerous high-profile actors such as Dermot Mulroney, Penelope Ann Miller, Jamie Lynn Sigler, Ethan Herisse, Alexandra Billings, Jennifer Bartels, Maria Botto, and Jane Badler among many others. She was hired to direct the feature film "Freelancers Anonymous," recognized with the gender-parity stamp from ReFrame and IMDbPro. Her first feature film, "De Chica en Chica" has won multiple awards and is available on Amazon Video. She has a BA in Film and Television from EICTV in Cuba, and a BA in Theater from the Royal Academy of Drama in Spain.

When popular YA fantasy writer Angela Webster is taken hostage and forced to relive the terrifying events of her forgotten childhood, she must look to her book's heroine to save her own life.