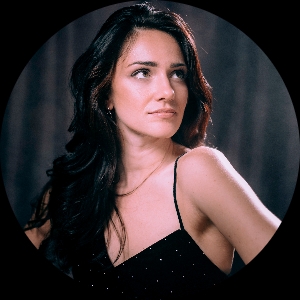 I am a writer/actor living in Atlanta, Georgia, one day dreaming of New York (where my love, Stephen Colbert, lives). I've got a unique background with parents who immigrated to Canada late in life from Poland and Pakistan, fell in love (or so I assume), and thus created me, moving myself and my brother to the USA when we were kids. So we're immigrants here too, having fallen through a strange little blunder in the law that forces us to still struggle with visas, race, and the concept of home - all of which extends into much of my writing.

Around 2017, I completed my M.A. in Theater at the Gaiety School of Acting in Dublin, Ireland, where they fed me a lot of beer (I think it's a legal requirement). The Irish theater scene was pretty experimental at the time, generally rooted in creating something that expresses the reality of the world as it is, something that's darkly hilarious and poignantly truthful.

After completing that program, in which I was permitted to write and act in a way that was gloriously dripping in pretension (and I loved every moment of it), I moved to Atlanta and filled my days with the thing I craved most: comedy. I studied (and still do) improv at Dad's Garage Theatre, at Second City Chicago, sketch writing at Second City and UCB, and comedy and joke writing at the school of my laptop every day. Whether the topic I'm writing about is blissfully foolish or tragic, comedy is what will fuel me through the rest of my life.