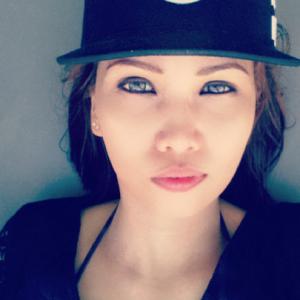 Curiouser by day. Storyteller by night. Focus on female-centric features. Feed on dark themes. Mad love for ice cream, shall we?

EVERYWHERE (Horror Short Film) - A late night in the office is anything but ordinary for SHAHRAN.

THE BROKEN MIND - While recovering from a recent surgery, SELENE AUDRICK experiences strange visions of another woman and a young girl, hinting that her reality may not be what it seems.

HEARTSTRINGS - Reeling from the death of her mother, LEESA HARRIS reconnects with an estranged friend and checks off a mysterious list that was left for her.

THE WARNING BELL - In the wake of a shooting, Psychiatrist DR. EVERLYN KNIGHT visits a neighboring high school and tries to figure out the mindset of troubled teens before the pendulum swings fully again to another act of killing.

THE MADWOMAN - The son of a philanthropic public figure is found dead. It becomes a high profile murder case but soon takes a different turn when a person of interest with Dissociative Identity Disorder unravels the deep, dark secret behind money and power.

DON'T BE A STRANGER - A celebrity photographer puts her domestic effort to test when her step-niece and step-nephews are left under her care for the weekend. It is not the happy reunion she is hoping for when her once-successful-event-planner and now divorced stepsister reveals that she is dying from kidney failure.

THE DUST OF LOVE - A WOMAN works as a caregiver for an ultra-rich and cynical MAN who is left disabled after an accident and in pursuit to restore his social status. She is rewarded with a hefty remuneration to pay for her son's medical bill. What happens when the contract ends? Does money or love conquers all?

SCYTHE - The story of a GRIM REAPER punished on earth to die a thousand deaths when he breaks the rules of heaven.

I'M NOT LEO LONDON - An egocentric billionaire purchased an ancient relic which has supernatural ability. A chance encounter causes him to switch body with a suicidal woman and chaos ensues.

WE ARE PEOPLE TOO - A story depicting the DAUGHTER of a death row inmate trying to overcome the stigma and hardships that follow suit after her father's execution. The tragic twist of fate when she joins the police force and discovers the deceit and corruption in justice system. Will she atone or avenge?

Reeling from the death of her mother, LEESA reconnects with an estranged friend and checks off a mysterious list that was left for her. (Currently in Revision)