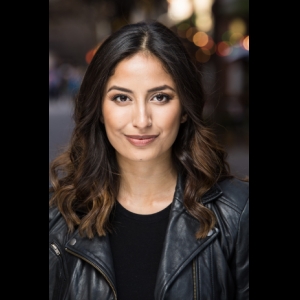 Shruti is a screenwriter, third-culture kid, and emerging filmmaker from Ann Arbor, Michigan. She grew up in India, England, and Missouri (her parents collected advanced medical degrees while she collected cool accents) and attended college at the University of Michigan, where she studied Biology. She began writing a few years later while working in digital marketing and wrote her first original pilot while hand-building a cabin with her husband in northern Colorado. They had no construction experience, but YouTube is a great teacher. Since then, her scripts have placed in numerous competitions and fellowships, including the Tracking Board finals, The Austin Film Festival semi-finals, the WeScreenplay finals, and the Warner Brothers TV Fellowship finals. She writes both comedy and drama, loves science and technology-inspired premises, and her scripts often feature women and immigrants dealing with ambition, identity, and expectations. Currently, Shruti lives in Austin with her husband, a crypto entrepreneur and the inspiration behind her bitcoin drama, FINDING SATOSHI. When she’s not writing, Shruti can be found script supervising on Austin indie films, producing Worded Funny, a regularly sold-out live literary short humor show, and hanging out with her very badly named writers group, “The Cool Kids.”