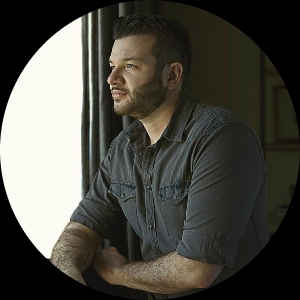 A first generation Iranian-American and LGBTQ+ writer/producer, Shea Mirzai is a four-time honoree of Franklin Leonard's annual Black List. Mr. Mirzai has written features for Will Smith and Overbrook Entertainment, Tucker Tooley of Tooley Entertainment, AGC Studios, and Universal Studios. He is also Executive Producer of Nat Geo's ORIGINS: THE JOURNEY OF HUMANKIND.

In 2019, after selling action-drama feature spec RUTH and being hired to write the latest installment of the AMERICAN PIE franchise, Shea has launched Space Coyote Productions, a full service production company of which he is the founder & CEO.

A graduate of the University of California, Irvine with a joint B.A. in Film & Media Studies and African-American Studies, Shea combined the two into a unique program emphasizing Race & Representation. He cut his teeth in the film industry in glorious Hollywood, USA working for mini-major studio Relativity Media first as a Story Analyst and, later, as Head of the Story Department from 2008-2015.

An avid collector of books, movie soundtracks, and (too many) Funko Pops!, Shea has written across multiple genres and formats including comedy, drama, and action-thrillers. He spends his free time over-analyzing every situation, idolizing the LA Clippers, and trying to master the ancient and wonderful art of karaoke.

Mirzai is repped by Zero Gravity Management, APA, and GGSSC.