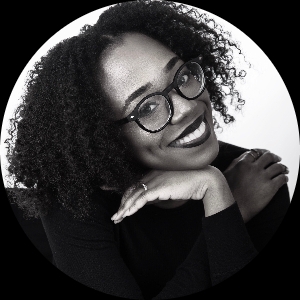 Shayla Racquel is the quintessential creative, born and raised in South Carolina but currently living in Washington, DC. Diagnosed with Sickle Cell Disease at birth and having a stroke at the young age of 12, her childhood battle with the disease is what brought her closer to the art of storytelling and the love of filmmaking.

Over the course of Shayla Racquel's career, her work has been selected in over 40 film festivals and has won 20 awards to date including a Student Emmy from the National Academy of Television Arts & Sciences - National Capital Chapter. After receiving an award from Sony Pictures in collaboration with American University, her project Riverment, a short film about a grandmother and granddaugher's cross-generational approaches to activism, was acquired by Magic Johnson's ASPiRE TV and Sean "P.Diddy" Comb's REVOLT TV. The film is currently syndicated on both network channels. Shayla Racquel's work was highlighted as a "Project of the Month" by Indiewire, and her storytelling capabilities have been featured by the Washington Post as well as VIBE magazine. Her felicific smile and appreciation for life brightens the room – you will know Shayla Racquel when she greets you with, “Smiles are contagious so get sick!”

It’s 2004, and instead of the vast high school student labels finding themselves in various stages of a social hierarchy, East Carolina only has three: the well-knowns, the floaters, and the off-brands. Tired of playing it safe, two quirky off-brand friends set out to find their niche and ultimately disrupt the unique social hierarchy of their high school.