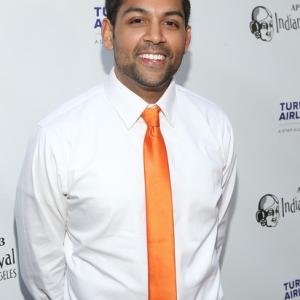 Shawn Parikh is currently a Staff Writer on NIGHT COURT for NBC. After nailing a kiss and a single line in Bye Bye Birdie in 9th grade, Shawn knew two things for sure: he loved showbiz and he did not love women. Being a gay Indian-Texan-American pursuing a creative career, he is an uberbrown sheep—although, he did his best to make his parents proud with a forced-and-useless degree in PoliSci and a forced-and-sometimes-useful Master’s in Psych. A student of improv, standup and sketch at UCB & Groundlings, he appeared on shows like Outsourced, Cougar Town, What/If, and Mom. In addition to writing and starring in an independent pilot BAD INDIANS with Devanshi Patel and a spoof of HBO's The Night Of for Funny or Die, Shawn's short film KHOL (open), starring Sarayu Blue, played a global festival circuit. His action-comedy LIFE HACK was selected as part of the Set to Screen Showcase at the 2021 Just For Laughs Festival. His grounded dramatic feature THE DINING ROOM was one of 10 scripts included on the 2021 CAPE list. He is one of this year's NBC Writers On The Verge.