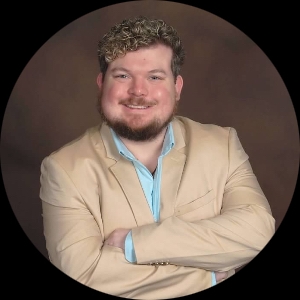 I like to write when I feel I have good ideas, and share those ideas with the world.

BEETLEJUICE THE JUICE IS LOOSE

Lydia is all grown up now with a daughter of her own named Nina. Lydia maternal mother Delia's old friend Otho's family has not forgot about the Deetz. Otho's son Portho is hell bent on making a name for himself at the Deetz expense. Lydia must do the unthinkable, and call the name Beetlejuice three times to stop this mad man!

Hong Kong Phooeys origin is told, and how he met Spot. The two must come together to solve a caper, nd stop Dick Dastardly from wreaking havoc upon the human race.

A young mans struggle with spirituality becomes surreal, when he and friends run across a devil worshipper. They started getting visits from the devil himself, and some come up missing, and murdered. The kids are in a battle a run fir their life trying to fight what is not seen in a final deathly confrontation.

DEADPOOL THE RAGE WITHIN

Deadpool aka Wade Wilson finds himself in a return, and a race against time trying to save the country from the clutches of William Stryker, and his mission to dominate the world. I know this plot share similarities to the plot in the first X-men movie as far as trying to change humans to mutants. I just figured since X-men, and Deadpool are owned by fox why not start Stryker off younger trying to carry that plot out as a younger self? Wade is met with friends, and foes. In the story Bruce Banner finds that he needs to come to grips with his past to help him relinquish the monster deep within forever. This story leads into another script I have written called Hulk Indispensable Nightmares. When I wrote this I was learning to format. It is still pretty spot on, if anybody is interested this script minor changes can be made to a revised copy. Such as taking out the scene changes ect.... Also I dunno what marvels plans are with the new deal with Disney, and Fox. However I think Hulk is very doable with Deadpool, and with Lady Deathstrike.

This is a story of a ex soldier named Colt Saddler. Colt is minding his business, when he runs across a town that is over run by a evil Sherriff. Colt is pressed against time, and for his life to save the town. This is the first of back to back stories I would like to have close quarters combat in this. Apperantly when I wrote this on my celtx program I also used the phone app, and it scrambled some of this. I am making a revised copy, if anybody is interested this is what I have. I would like to dedicate the lead characters name to a boy who has autism. He's a friend of mines son. I would also like a part in this film, and Acting credit for my work.