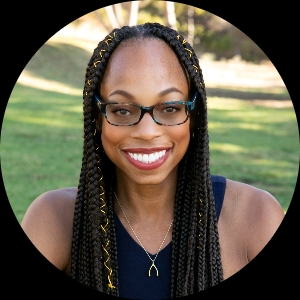 To both watch and write, Shani’s favorite shows are feel-good, female-forward dramas and dramedies. Her ultimate goal is to create programs that mirror the images constantly being birthed by her imagination.

Prior to becoming a full-time working screenwriter, she was the first black female Head executive in Dolby’s history. She’s also worked as a model, college athlete, reporter, prosecutor, TV executive, tech lawyer, and clerk to a federal appellate judge. She’s defended white collar criminals for a lot of money and political asylum seekers for free. Led legal clinics in Africa, and marched with penguins in Antarctica.

Shani’s J.D. is one of her greatest strengths; her disability from MS is another. A third is her family roots: the daughter of a Jamaican immigrant, she grew up in a small home in the Bronx with nine other people.

Her screenwriting awards include Fellowships from The Inevitable Foundation (2021) and NBC’s Writers On The Verge (2019).

Shani weaves her life in every script she writes, and shares her personal tales in each story she tells.