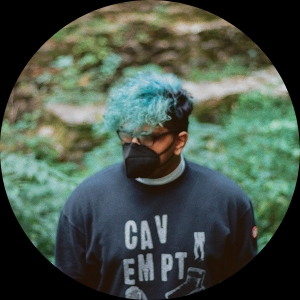 Justin Solaiman or Servius Wolf is a Bangladeshi-American writer/film-maker based in Atlanta, GA. He began his writing and film-making journey in 2016 upon graduating university. He channels universal stories of isolation, otherness, insecurity, dehumanization, depression, reconciling with guilt, along with exploration of philosophical queries such as absurdism, metaphysics, deception and humanism in the modern context, and favors framing these investigations within genre film such as horror, fantasy, magical realism, and science fiction.