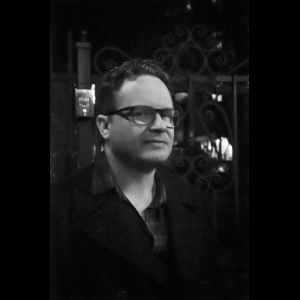 Sebastian Bendix is a Los Angeles based writer and musician, as well as founder of horror film series, Friday Night Frights. He attended school at Emerson College for creative writing and spent his formative years in Boston playing in popular local band The Ghost of Tony Gold. Upon moving to LA he transitioned back to writing, contributing articles for the entertainment site CHUD.com and the print publication Mean Magazine. Stepping into the world of horror fiction, Bendix has found success both online and in print with numerous stories published in genre imprints and noted podcast The Wicked Library. Bendix self-published his first horror/fantasy novel The Patchwork Girl in 2013, and his second novel, The Stronghold, is a ripped-from-the-headlines thriller that has been published and is available as an eBook and in print. Also an avid film lover, Bendix has contributed to a sci fi anthology called Portals, released October 2019.

A teenaged person of color is forced to question her perception of reality when an anonymous and lethal tormentor uses her home’s integrated technology system against her.

In the days following a modern day civil war, two families from opposing ethnic backgrounds seek refuge together in a remote country home, but with the threat of starvation and outside militant forces closing in their friendship is pushed toward a terrible inevitability that will not only destroy their lives, but their very humanity.