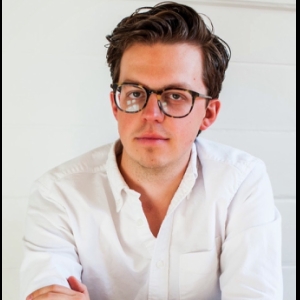 Scott McCarrey was born in Los Angeles and raised in San Antonio, TX, before heading to New York to pursue a career in playwriting. After receiving an M.F.A. in Dramatic Writing from NYU's Tisch School of the Arts, he spent several years writing plays and working in TV in New York before driving across the country for more film and television opportunities in L.A.

Scott was the script coordinator for the Amazon Prime Video Kids series LOST IN OZ, which won the 2017 Daytime Emmy for Outstanding Children's Animated Series. When Amazon and Lost In Oz ventured into interactive storytelling, he wrote the Choose-Your-Own-Adventure experience LOST IN OZ PRESENTS: DOROTHY GALE & THE WIZARD'S LABYRINTH.

Scott is currently the script coordinator for the Pacific Rim Anime series, coming next year to Netflix. He writes science fiction, fantasy, and bizarre history stories with a focus on emotional narratives and colorful characters.

Fort Mackinac, Michigan. 1822. When Army Surgeon William Beaumont saved the life of a young fur trapper named Alexis St. Martin who had been shot in the chest, neither man could have predicted the bizarre relationship that would ensue. Alexis’s wound healed, but left a permanent window into his stomach, allowing William to perform experiments on a living person that would fundamentally change our view of the human body. Part historical drama, part body horror, part toxic romance, this is the true story of two men whose tumultuous relationship gave the world a deeper understanding of what’s inside of us.