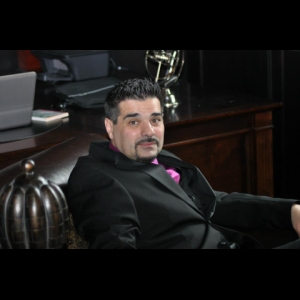 Sascha is a Husband, Father and retired professional boxer. He immigrated to the United States as a teen with his Father from Austria. Since childhood Sascha had a passion for movies and was amazed with Hollywood. He dreamed of someday being able to travel to America and pursue his love in the movie industry. His dream of immigrating to America was realized, however instead of chasing his Hollywood dreams he found himself in the boxing gym. After years in the boxing world Sascha retired, raised a family and lived the quintessential American dream. All of the years since moving to the U.S. becoming a screenplay writer was always in the back of his mind. He now, with the support and encouragement of his family has decided it is time to actively pursue his lifelong dream.

A crew of rag-tag gun runners are hired to find a missing Professor in Africa, butsoon realize they’re being hunted by an organization that operates only in the shadows.