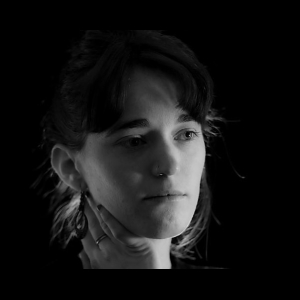 Sara Rose is a filmmaker and playwright residing in Los Angeles, CA. Since graduating from Loyola Marymount University’s School of Film and Television, she has written and directed a number of original short films including CONSCRIPTED (based off her original pilot), BARE BONES (official selection, Angaelica Film Festival 2017), DENNIS (co-writer/co-director), NOTE TO SELF (co-writer/co-director), and GOLDEN AGE.

The original script for her pilot CONSCRIPTED was a finalist for Best Original Pilot at Film Outside the Frame (2016). Sara Rose served as a cohort of Film Independent's Incubator Lab from 2017-2018, and has worked as a story editor at Rainier Films, a production company dedicated to the outdoors and adventure, bridging the gap between work and play.

She has also worked extensively in television production and post production for networks such as ABC, Paramount, Facebook Watch, Animal Planet, Discovery, and Nat Geo Wild. When not sitting in front of a computer, she is often found car camping and road tripping throughout the Southwest. She eats a lot of beets and hates writing in the third person.