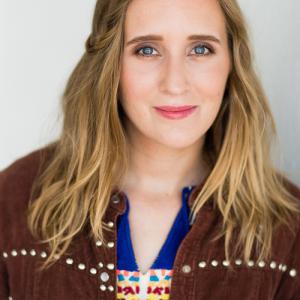 Sarah Tither-Kaplan is a queer screenwriter and filmmaker focusing on ensemble dramedy and female and LGBTQ-driven stories that celebrate underdogs and outcasts. She was born in Harrison, Arkansas, and raised in Los Angeles. She earned her Bachelor’s of Science in Music Industry from University of Southern California.

She has written and produced award-winning plays, short films, and the feature-length anthology 'Los Angeless' which was made up of 9 short films by 15 female filmmakers and won the Indie Spirit Award at the Idyllwild Film Festival in 2020. Sarah’s play Flyover State was part of the 2014 Hollywood Fringe Festival , sold out a month long run, and was nominated for Best New Play by the Gangbuster’s Theater Company. Her feature script based on that play has placed in several major screenwriting competitions and was a Blue Cat Semi-Finalist in 2018.

Her feature and pilot scripts have placed in competitions including Script Pipeline, Scriptapalooza, Austin Film Festival, Blue Cat, PAGE, and Screencraft. She wrote, co-directed, and starred in the autobiographical short film ,'Me Problems', which premiered at LA Shorts Fest in 2017. Her short film 'Beware of the Leopard' premiered at Newport Beach Film Festival in 2021. In 2022 she directed 'Servants', a comedy short that won Best LGBTQ Short at IFS L.A. Film Festival.

She is an avid horseback rider, and does a pretty good Gordon Ramsay impression.

A lonely, but fiercely ambitious teenage track star is forced to enter a treatment facility for eating disorders where she meets a group of outsiders who help her begin the fight for her life.