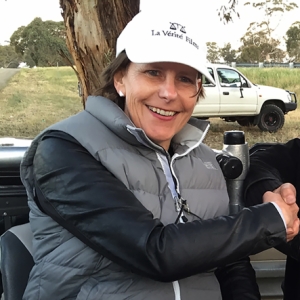 Sydney based writer/director/producer and hit podcast creator. Recording hundreds of hours of intimate private phone calls with a female ex cop - research for Use Of Force crime drama series - Sarah took the COVID-19 lockdown opportunity to release the gut wrenching true story of corruption, misogyny and high risk offenders as a Use Of Force 6 ep podcast series. Which quickly garnered an audience in the top 5% of global podcasts.

2019 Quarter Finalist of Final Draft Big Break Comp with Use of Force - female led crime drama series based on a true story.

An Australian Directors' Guild nominee for Best Direction in a short film for Lost Soul (2016), a dark psychological thriller that premiered at the prestigious Sitges festival, Spain.

The Birth (2017), a tightly crafted comedy was just 6 weeks in gestation, from conceiving the idea to delivering the film. Written directed and edited by Sarah it premiered at Tropfest in Sydney, and Holly Shorts in LA, before securing international representation.

During her stellar career writing and directing brand films, she also won an IF Award for best short film Just Do It (2001).