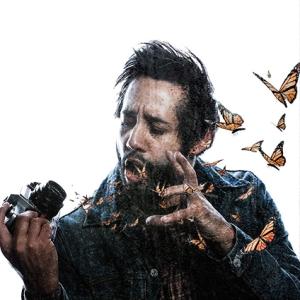 Emmy-nominated and award winning film director, writer and Iraq Veteran born in the Bronx, New York and raised in Central Florida. Samuel Gonzalez Jr. showed an interest in film at an early age. Spending most of his youth making home movies with neighborhood friends, he never had any doubt about his path to storytelling in film.

After graduating high school and without a way to pay for film school, he enlisted in the U.S. Army. Immediately following Basic Combat Training, Gonzalez was deployed to Iraq and was thrown into combat at the forefront of the war. While stationed in Baqubah, Gonzalez endured a horrific, nighttime ambush; which unfortunately resulted in the loss of his best friend. Due to his bravery and sacrifice during the attack, Gonzalez was awarded an Army Commendation Medal with Valor. Despite his loss and hardship, he grew from his experiences and began documenting his day-to-day life with video cameras sent from home.

Following his return to the states, Gonzalez enrolled in the prestigious Art Center College of Design in Pasadena, California. While there, Gonzalez developed a unique cinematic identity that caught the eye of revered Hollywood photographer, Matthew Rolston, who shortly after began mentoring him. Consequently, the mentor-ship led Gonzalez to many new opportunities in film, TV, and music. Notable projects include,"Two Way Street" for Grammy Award Winner, Kimbra (Warner Brother Records) and Novel (a period thriller short) starring James Deen (The Canyons) which led him to a Natural Born Artist award for Filmmaker of the Year.

Gonzalez graduated with a B.F.A. from Art Center College of Design in August 2013 and joins other recognizable alumni such as Michael Bay, Zach Snyder, and Tarsem Singh.

His first novel based on his experience forming a rock n roll band in the Iraq War was published by White Whisker Books.

Inspired by actual events - a young small town junkyard wrecker stumbles upon James Deans cursed death car. His obsession to rebuild it takes him on a mind-bending odyssey that unleashes the true horror behind the mystery.