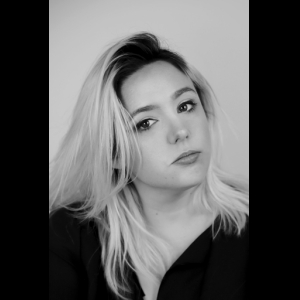 Ruthie Marantz is a filmmaker, who writes, directs, acts and produces. She was born and raised in New York City. Her award winning films have been screened in numerous festivals including: BAMcinemaFEST, Seriesfest, and Seattle International Film Festival. She has her M.F.A. from NYU Graduate Film Program where she was recipient of the Leo Rosner, Maurice Kanbar, and the Academy of Arts and Sciences Scholarships. Spike Lee awarded her funding for her Autobiographical TV Pilot "Rainbow Ruthie " which was accepted to IFP Episodic Lab, premiered at SXSW and became Oscar Eligible in 2019. She has directed and produced commercial work for clients such as Netflix, LG, Samsung, Vice Media, and Hearst. She has worked as an Executive Producer's Assistant on a network show and recently won SXSW 2020 Pitch-A-Thon in partnership with Seriesfest with her new television show " Southfield Supernovas." She likes to write about unlikely female heroes and has a feature film in development.