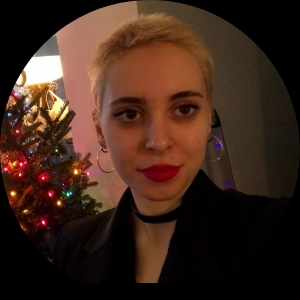 After realizing I could channel my ridiculous fears, such as falling in love with serial killers or my 3 am google searches about rare European STDs, into comedy, I discovered my passion for writing comedy. My comedy sketch won the David Letterman Screenplay Competition and was produced and staged off-broadway. I graduated from The New York Film Academy's screenwriting conservatory.

An insecure, sarcastic fourteen-year-old girl is accepted into a world-renown teen comedy program where she butts heads with her washed-up, middle-aged comedy instructor.