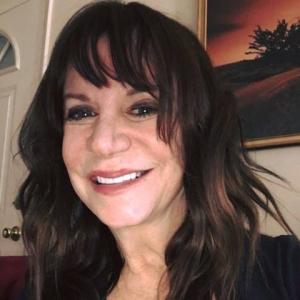 Optioned screenwriter and author Roxanne Raye (formerly Beck) began writing stories at age seven, most of which have sadly been lost to posterity. After graduating from college with a BA in English, she took a career detour as a country-rock singer in Nashville (the Grand Ole Opry, Bluebird Café) and voice actor in New York (“Pokémon,” “Doug”). But eventually her dream of being a writer led her to Los Angeles, where her first script was optioned by an Oscar-winning producer. While earning an MFA in screenwriting at UCLA, she was nominated for a Humanitas Drama Fellowship. Credits include "Miss Famous" starring Kristen Wiig and the children's book "Caterpillarland" (available on Amazon). Recently Roxanne's drama pilot THE QUEEN OF MAGIC, based on the true story of the most successful female magician of the 20th century, received a "9" rating from The Black List. A Caucus member of the WGAW, she enjoys doing rewrites and polishes for studios and production companies. Contact: [email protected]

"The Price" is a one-hour drama about Hannah Price, a talented but still-struggling 33-year-old actress living in New York. After getting fired from her bartending job, Hannah returns to her small Georgia hometown for a perfunctory Christmas visit. But when her best friend Kay is fatally injured in a car wreck, the agnostic Hannah must decide what to do with the mysterious gift of healing Kay transfers to Hannah on her deathbed. "Saving Grace" meets "Touched by an Angel," with elements of Nathaniel Hawthorne's "The Scarlet Letter."

When a nectar-loving butterfly finds herself trapped in a cave full of caterpillars who have been brainwashed to think they're worms, she teams up with a rebellious "changing" caterpillar to find her way back to the Outside World and freedom.