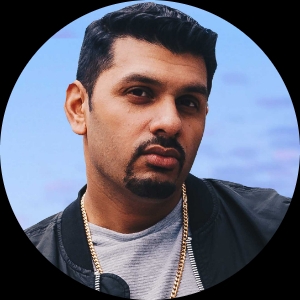 Ron Dias is a Toronto based Filmmaker who began his career making YouTube Skits and Short Films. Using YouTube as a platform to hone his skills, while amassing a vast and diverse fan base that continues to grow, he soon developed into a dedicated Director. Alongside his companion creator Joanne Jansen, they created a successful web series “Friends with Benefits”, with over 7 million views and four nominations at the LA Web Fest.  He also wrote, directed, and produced a short film "Mariposa", that received praise for the quality of work on a shoestring budget, and made it into the Cannes Film Festival in 2018.

In 2022 his first feature film "Bite of a Mango" made on a she string budget of 10k was an Official selection at the American Black Film Festival.

Currently Ron is working with Elevation Pictures to direct and produce his second feature film, working title “Danzig”, which will address systemic issues around policing and violence in communities of colour in Toronto.