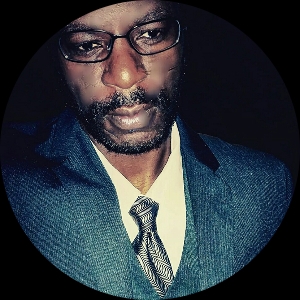 A California native and chocoholic, he was a 2021 Flicker's Rhode Island International Film Festival Semifinalist' for "Treewalkers", the 2021 Hollywood International Diversity Film Festival Semifinalist for "Treewalkers", the Spring 2021 Filmmatic -Inroads Fellowship Quarterfinalist for "Treewalkers" feature narrative, a Fall 2017 ScreenCraft Film Fund Quarterfinalist for "The Introspect" feature narrative, 2018 Award winner of the Cannes Screenplay Competition for " The Way We Were " Pilot and 2019 Winner at the Georgia Peachtree International Film Festival for "The Way We Were" feature screenplay. With seven screenplays to date, his creativity continues to evolve near full bloom. His writing reflects his world view: Optimistic, inspirational yet perversely cutting edge from dark suspense to political-comedic satire. Mostly a four quadrant writer, he has coined his understanding of film as, “The imitation of life through art is not just entertainment but crafted works to fill the gaping holes of our human educational development, evolution and the human condition”.