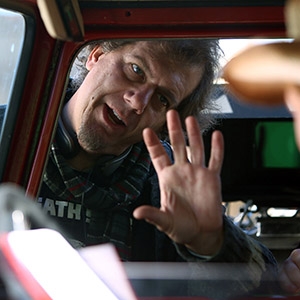 I exited the womb wanting three things; for my mom to stop smoking, to know why I was being spanked already, and to make movies. The latter was reaffirmed in 1973 as I watched American Grafitti as a six year old who thought he could somehow relate to the angst of teens in the 50’s? After directing two feature films in the 90’s then spending years as a cinematographer, lensing over two dozen indie features and countless shorts and the like, I revisited a passion project 20 years in the making called Learning to Drive, inspired by my brother Andy who has Down syndrome. This became a short film that won over a dozen awards at film festivals around the globe. Since then I’ve focused all of my attention on writing and learning to write better.