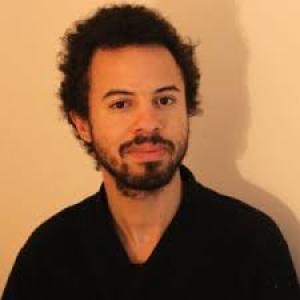 Robert Williams studied Film and English at UEA. He is the producer, writer and director of the short film, The Crackling Glade, commissioned by Ideastap's Innovators scheme. The film was an award winner of the Shakespeare Short Film Festival by Shakespeare Birthplace Trust. It was screened in Imperial War Museum for two weeks in 2014. He was the Producer, Writer and Director on Urban Spiritual, made for the Ex Animo Foundation and as part of the Roundhouse's creative programme. He has been producing for Shan Ng’s films, including The Cult of June and A Situation, developing science fiction Mortal Joys with late Star Wars producer Gary Kurtz in 2018. He was selected as a producer on Nocturnal for Film London Microwave Film Fund 2016 and participated in WEP Films' Junior Entertainment Talent Slate 2018 in Berlin. Robert currently works as a talent agent in London.

Dreaming of a ship which only she knows exists, a pirate captain gathers her crew under the false promise of treasure. As they arrive at the island of their nightmares, they find the reality of the treasure and the lost ship to be beyond their wildest imaginings. They unlock terror which will follow each one of them back home, until it has reclaimed their souls.